Thinking of Leaving Corporate To Start Your Own Business?

Considering Retiring In The Next Few Years? Do You Know your Exit Strategy Options?

Get Strategic Insights on How to Build a Scalable, Valuable and Saleable Business! 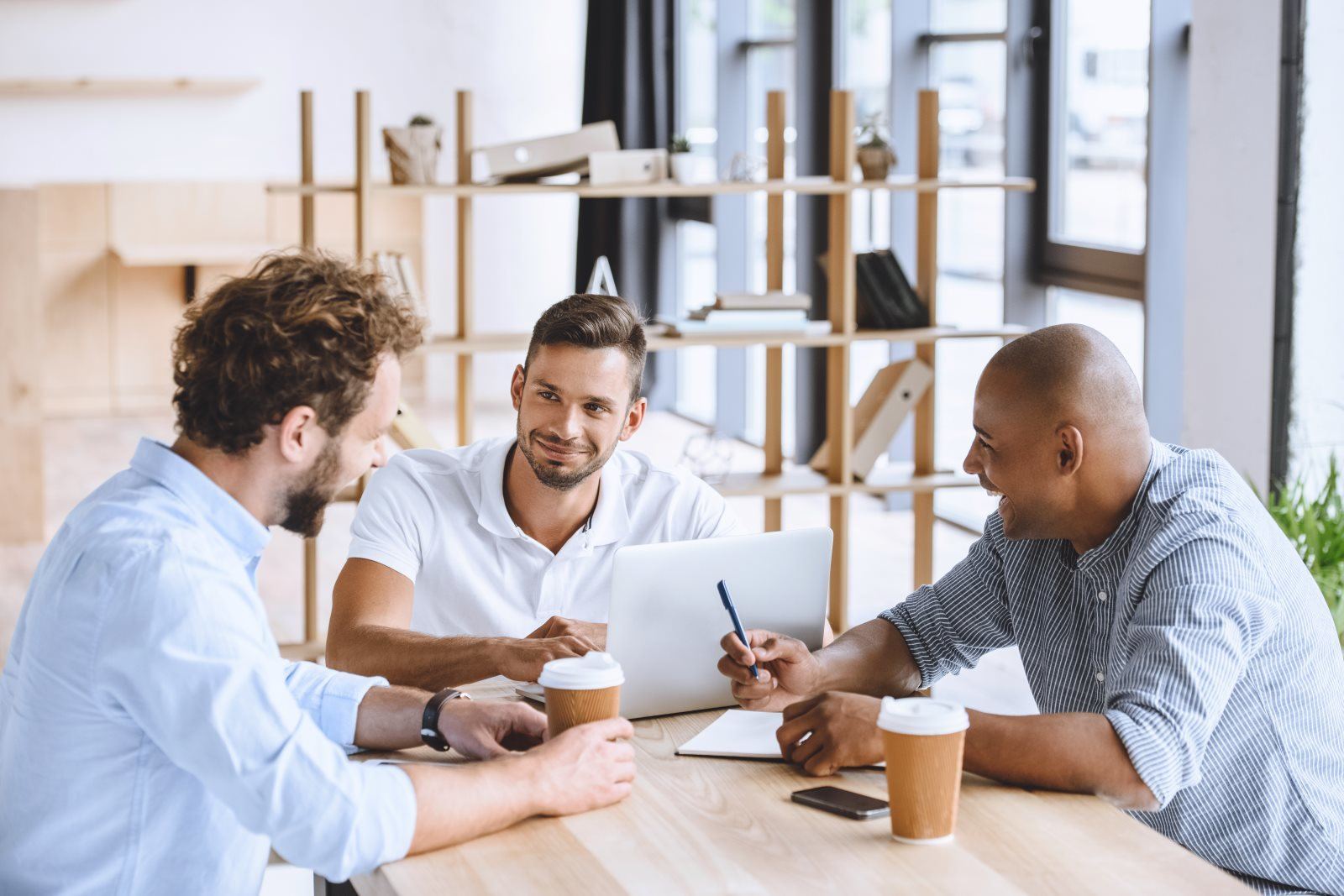 Find out how other entrepreneurs are exiting BIG and get access to expert tools, case studies & insider events straight to your inbox.

How bold will you be when it comes to selling a business?

Dan Martell was willing to go big! In a recent interview with John Warrillow, Dan explained how he invited 5 CEOs, from likely acquirers, into a competitive bidding process for his company. His success rested wholly on one thing…Knowing precisely who his likely acquirers were.

With no prior exit experience, Martell put his process down to luck and thinking quickly on his feet. His astute tactics gave him immense leverage in his negotiation.

He has since started and successfully exited a number of other business – taking on board key lessons he learnt from his first exit.

At age twenty-four Martell started Spheric, an enterprise consulting company that offered a portal software solution to Fortune 500 companies. In a few years, he had grown it to 30 employees and was working with a number of prominent multi-national integration partners, including IBM Global Services and Tata Consulting to name a few. These partners chose to work with Spheric as they knew Martell's team were the number one experts globally for the portal software they implemented.

Four years into the business, Martell was approached by one of these partners and asked whether Spheric planned to remain independent or join forces with a larger company. It was clear that this partner could see the growth in the market and understood the value proposition of Spheric with such a specialised team and solid brand awareness. He saw a definite advantage to ‘buying' Spheric, rather than ‘building' something themselves.

Knowing that one partner was interested in buying the company, Martell thought there must be others in a similar position. He decided to reach out to the CEO's and invited each of them to open discussions and explore any interests in Spheric.

The language and tone Martell used to invite acquirers to the table contributed to the success of his exit strategy. His message to the CEO’s stated, "We've recently received an inbound request from a partner that's made us think twice about remaining ‘independent' and we wanted to reach out to see if it's a conversation we should have before things get too far along."

In fact, what it did convey was, ‘you might miss out on an opportunity if you don't take action'.

This approach successfully broadened Martell's pool of interested buyers without making him look desperate to sell, or guaranteeing Spheric was for sale. In his view, it was much like ‘dating', where he was able to open a dialogue with the potential acquirers and ask questions like, ’if this worked, how would you see it playing out?’

When discussions progressed, Martell was deliberately upfront and transparent about his vision, numbers, and the economics of the business. His goal was to push acquirers to give him a ‘real number’ sooner. Pushing for the price first was a smart move, as it qualified certain buyers, and gave him leverage to negotiate his terms.

Martell's priorities for exit were crystal clear. He knew from the outset that he did not want a standard three-year earn-out. His other key priorities were conditions for his staff and money in his pocket.

Ultimately you need to choose the best fit for your business based on the offers on the table. When an acquirer contacted Martell and told him he would not have to stay even one day after the sale, he knew he had found his buyer.

What can we learn from Dan Martell when it comes to selling a business?

1. Find your most natural buyers

Martell never builds a business with the express intention of selling it. However, he reaches out, at the beginning of every business building process to understand the people that would buy his business and what they value.

Knowing the factors that are important to potential purchasers gives Martell the ability to make strategic decisions about how to run his business and meet customer needs. Decisions that make his business more attractive to potential buyers as his business grows.

Martell also develops strategic business partnerships. Partnering with companies that could acquire you in the future makes sense. When a business is looking to grow in a niche, they will often consider buying versus building. It’s faster and can be less risky because the clients and cashflow are already in place.

Who would your natural buyers be?

Martell exercises great wisdom when testing the market for potential buyers. His strategy to reach out to the CEO's of likely acquirers and open a conversation is rare but enormously valuable. He has used this in both personal relationships and cold emails to CEOs he's never met before. It works in both cases, by building intrigue while also fostering a relationship.

Is your exit negotiation language as efficient and effective as Martell's?

Are you willing to engage with your potential purchasers to get the best outcome?

In most negotiations there is some level of compromise, so you need to be clear about your personal priorities at exit time. This could mean you give up some price to get the terms that are important to you. In Martell’s case, he accepted the lowest offer, as it was the best fit for his personal objectives.

What are your exit priorities?

4. Set up a competitive buying process

In exit negotiations, you need to ensure you have enough demand in the market to provide the required leverage in the negotiation. Getting to a figure and realising it's all equity in the acquiring company, without the possibility of a cash payout is not ideal.

In Martell's view, if you get one offer for your business, it is likely there could be others. Martell advises everyone not to sell themselves short by moving forward with a single offer. Instead, focus on getting a competitive process going.

Buyers know when founders start the exit process, they often check out of the business. It's almost impossible to exit and build concurrently. Without a competitive buying process of multiple suiters, the owner is at the buyer's mercy. And the buyer knows it!

How will you build leverage come exit time?

5. Prepare yourself for life after business

Imagine Martell, having just exited his first company, aged twenty-eight, with a fat bank balance, plenty of freedom and options. That equates to happiness, right? Wrong.

Waking to his first morning of having nowhere to be, Martell began his descent into depression. Having wrapped his identity up in his business, it felt like he'd lost a child. These are feelings and emotions not uncommon for business owners post-exit.

Even newly made billionaires can be hit by post-sale depression. Take Markus Persson, a 36-year-old Swede who sold his business Mojang AB (the company that created the online game Minecraft) to Microsoft in 2014 for $ 2.5 billion.

He tweeted, "The problem with getting everything, is you run out of reasons to keep trying and human interaction becomes impossible due to imbalance."

This was one of a series of tweets addressing his feelings and state of mind after selling his business. While it may be hard to feel sorry for the poor billionaire, it illustrates that entrepreneurs have a lot more invested in their business than just financial outcomes.

Martell was not immune, he had wrapped up his identity in his company, and it took a lot of personal effort (therapy, wakeboarding, journaling) to emerge from his depression.

Some ways to prepare for life after business:

Successfully separating his identity from his work did not affect Martell’s drive to create. He learned the hard way, that drive had to come from a place of service and value creation, not from a place of ego. While he started Spheric partly for his ego, his last two companies were built to serve the world.

What is your personal driving force?

Martell was undoubtedly bold in his approach, and his approach to creating a competitive process was first-class. Also, his ability to understand people and manage the relationships that ensured the process worked. But the key take-away for business owners is to build your business strategically and create value that your natural acquirers will find irresistible. In short, make sure your company is ‘Built to Sell’.

At Exit Advisory Group we help entrepreneurs maximise company value and exit at the top of their game.

We do this by giving business owners the tools and strategies to design more profitable, efficient and enjoyable businesses to own - that are also less dependent on them. When they choose to exit, they are in the best position to unlock the wealth in their business and be rewarded for their hard work.

If you liked this article we'd love you to share it!

You may not be ready to transition out of your business now, but getting ready early is the key to success. Find out how other entrepreneurs are exiting BIG and get access to expert insights, tools and case studies straight to your inbox.

How to Find, Dominate, and Defend Your Niche for Business Success

How to Find, Dominate, and Defend Your Niche for Business Success

What Is a Family Office and How Do They Work?

What Is a Family Office and How Do They Work?

Selling Your Business To A Financial Buyer?

Selling Your Business To A Financial Buyer?

Who Are The Strategic Buyers for Your Business?

We'd love to hear from you! Speak to one of our friendly team members.